Gort Community School (Co-Ed) first opened its doors on September 4th 1995. The school was the amalgamation of the then three second level schools in Gort – Our Lady’s College, St. Joseph’s Secondary School and St. Colman’s Vocational School. The site for the school was on the land owned by the Nelly Family, Circular Road, Gort. There are at present 710 Students and 60+ Staff in the school. This site is adjacent to Gort Community Centre, which is used extensively by the school during the school day both as a physical education facility and as a canteen for our students. The following year (1996) the Nelly family agreed to sell 8.5 acres of land surrounding and this land was to be developed for use as a playing facility for our boys and girls. Overall, these facilities are second to none as far as second level schools nationwide are concerned.  The school officially opened The Noone Building in October, 2010 which is home to Career Guidance suite, Music Room and Oratory on the first floor, with changing rooms for our boys, girls and staff on the ground floor.

See our page on the school crest for further information on what it represents. 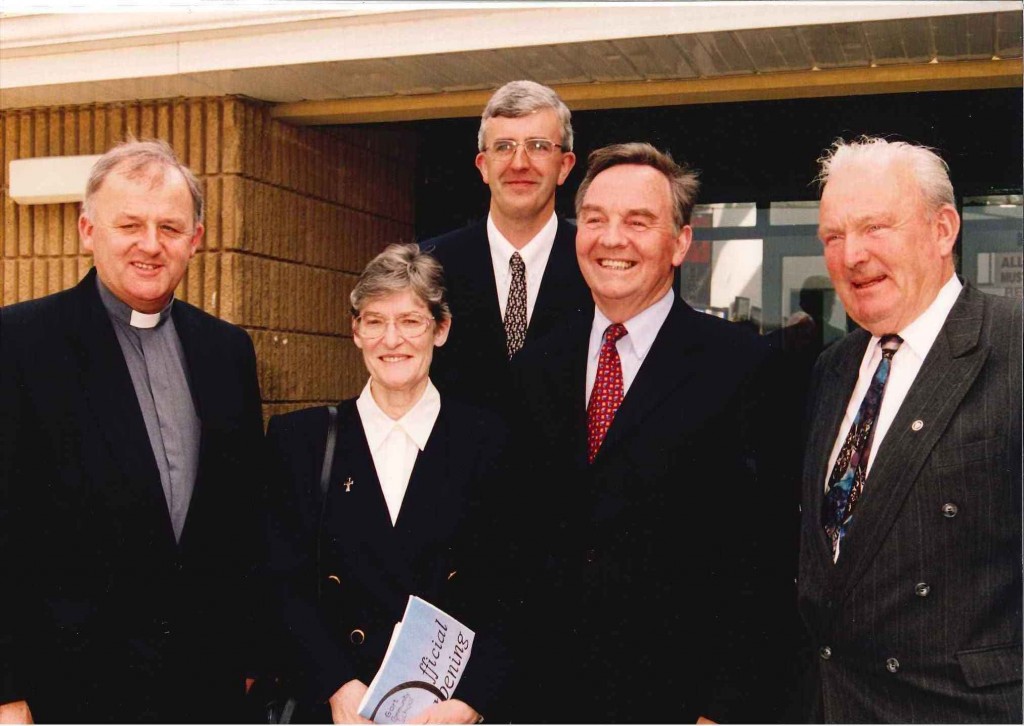 Picture taken at the official opening of Gort Community School on May 5th 2000, which was performed by the Minister for Education and Science.  The picture brings together the Principals of the three constituent schools and the Principal of the newly amalgamated school.  The picture encapsulates what an amalgamation is all about and the evolution of three schools into one.